Pardes Mein Hai Mera Dil (in English My Heart Lives In A Foreign Land) is a popular Hindi televison soap opera created in India and Europe. It has been broadcast on India’s Star Plus channel since its launch on November 7, 2016. The serial has run daily in 22-minute episodes and is rapidly picking up followers within India and throughout the widely flung Indian diaspora around the globe.
Inspired equally by Shah Rukh Khan’s iconic 1997 Bollywood film Pardes and Manu Kapur’s novel The Immigrant, the series stars Indian celebrity actors Arjun Biljani and Drashti Dhami. The show is the brainchild of legendary TV and film producer Ekta Kapoor, who pretty much has a golden touch with shows that depict the complexities of human relationships (her Balaji Telefilms is responsible for Gumrah: End of Innocence, Love Sex Aur Dhokha, Hum Paanch, the decade-long running Kyunki Saas Bhi Kabhi Bahu Thi and the limited run serial Pyaar Ko Ho Jaane Do, among many other titles and achievements). And it is directed by veteran filmmaker Onir, returning to the small screen for the first time in decades. Here’s everything you need to know about this much anticipated soap and why it’s destined to be a huge hit:

The original story line is inspired by the acclaimed Manju Kapur novel, The Immigrant, which examines love through the lens of cultural differences between Western and Indian society. In Pardes Mein Hai Mera Dil, a young Indian woman named Naina lives in Mumbai where she is devoted to her ailing widowed mother. But her devotion causes tension in her relationship with a young man who is relocating to Austria. Eventually, the woman also travels to Austria, where she is destined to meet the love of her life. Her relationships in her new Austrian situation revolve around the powerful Mehra family who have been successfully running an empire of businesses there for decades. The narrative explores what happens to Naina, as well as issues of family loyalty, overcoming obstacles, destiny and the power of love.
The characters

Many of the serial’s early scenes are shot in Mumbai and it remains a touchstone location, representing home and traditional values for the show’s principle characters. The action begins here with Naina’s family relationships and personal history.

Naina follows one love to Austria and discovers another there. Various locations around Innsbruck are part of Pardes Mein Hai Mera Dil, including the very picturesque and mountainous regions in Tyrol, and Schladming in the North-West part of the country. 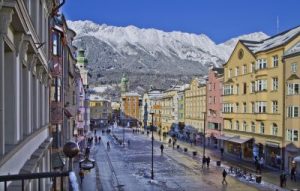 One of Europe’s most beautiful and historical cities, Vienna is a major location for the serial. Lately, the cast has been posting casual shots from the streets of downtown Vienna on social media. It is the home of the prosperous business family the Mehtas, whose paths begin to cross with Naina’s. 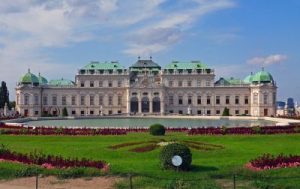 Romantic soap operas in the Bollywood tradition often have huge followings. But Pardes Mein Hai Mera Dil offers more than just romance in its more progressive approach to the problems and concerns of modern living. Even before the first episode aired, it was being touted by the Indian press as a likely long-running hit citing the following list of reasons: